THE LEADER, HIS LEGACY

President Ibrahim Badamasi Babangida received early Islamic education before he proceeded to primary school from 1950 to 1956. Afterwards, he attended Government College Bida from 1957 to 1962. After graduation from the school, he joined the Nigerian Army where he trained at the Nigerian Military Training College (NMTC), Kaduna and got commissioned as a Second Lieutenant of a regular combatant officer in the then Royal Nigerian Army (later, the Nigerian Army). After his commissioning into the military, he went to the Indian Military Academy from April to September 1963. He also later attended Royal Armoured Centre in the United Kingdom, United States Army Armor School, Senior Officers Course at the Armed Forces Command and Staff College, Jaji, and Senior Executive Course at the National Institute of Policy and Strategic Studies (NIPSS), Kuru, Jos, among others. 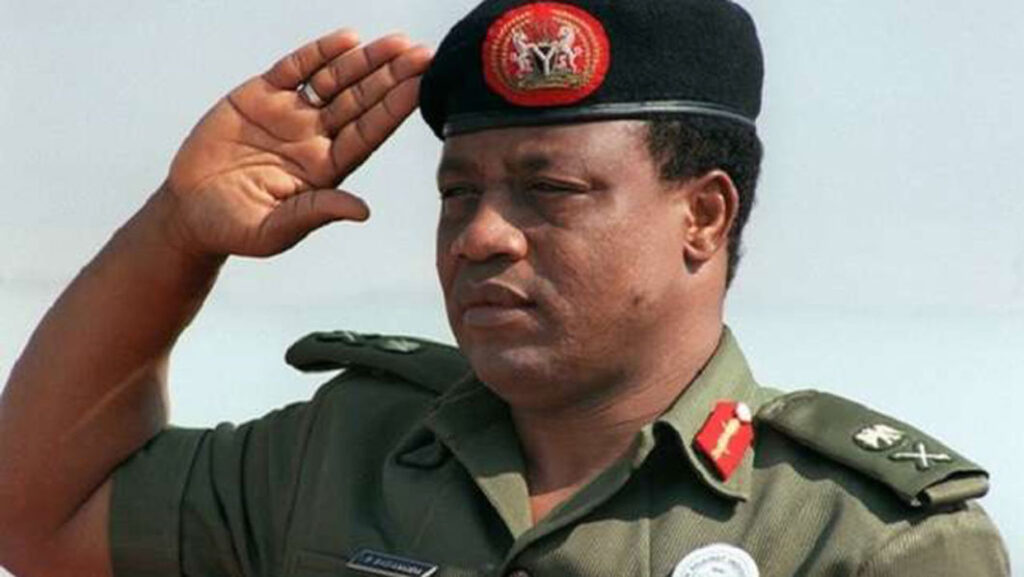 President Ibrahim Badamasi Babangida, no doubt, is a career soldier. From the young age when he joined the military, all his adult life until he left power and retired from the Nigerian Army, he lived the life of a soldier.

Even in retirement, he exemplified the saying that you can take a soldier out of the military but you cannot take the military out of a soldier. Although, he had wanted to become an engineer but providence played a smart one on him and in all his antecedents and exploits in the army, it is beyond reasonable doubt that IBB was ab initio, cut for the military profession.

The legacies of President Ibrahim Badamasi Babangida, is so pervasive that one can hardly talk of any existing or surviving key institutions, national assets and symbol in Nigeria today that mention would not be made, one way or the other, of his visionary leadership in that regard. While it is beyond the scope of a write up of this nature to highlight all of his legacies of achievements, it is imperative to pinpoint few of them.

Today, signature projects traceable to his administration such as roads, bridges, hospitals and schools, permeate every state, senatorial district and local government area of Nigeria. Virtually every sector of the nation’s economy received the Midas touch of President Ibrahim Badamasi Babangida. From the agriculture and water resources to petroleum, education, science and technology, foreign policy and human capital development, to mention these few, President Ibrahim Badamasi Babangida stands shoulder high in terms of performance indicators. While he held sway as the military leader of the country, there was rapid growth in terms of infrastructure and polices for the betterment of the nation.

Now, it is important to mention few of the numerous landmark achievements that his regime bequeathed to this nation among which are the Nigeria Export-Import Bank (NEXIM), Nigeria Deposit Insurance Corporation (NDIC), Federal Inland Revenue Services (FIRS), National Directorate of Employment (NDE), and Federal Mortgage Bank of Nigeria (FMBN). Others are the National Agency for Food and Drugs Administration (NAFDAC), National Drug Law Enforcement Agency (NDLEA), Revenue Mobilization Allocation and Fiscal Commission (RMAFC), Federal Road Safety Corps. Similarly, in making sure that the cry of marginalization is reduced drastically especially among the minority groups in Nigeria and as a way of bringing development closer to the people, President Ibrahim Badamasi Babangida’s regime created Abia, Akwa-Ibom, Enugu, Delta, Jigawa, Katsina, Kebbi, Osun, Taraba and Yobe states with all their local government areas and senatorial district. He undertook a reform of the local governments in 1989 by providing the grassroot government in the country the needed legal and structural wherewithal to be responsive to their people. Not only were local government areas given full executive powers, their share of revenue from the federation account was increased from 10% to 20%. Not only that, these revenues were paid into their respective treasuries directly bypassing the state governments that continue to treat various council areas in their state as mere appendages of the state governments.

Although, a military president, yet, President Ibrahim Badamasi Babangida’s government operated like democratically elected government by allowing the people of Nigeria direct participation in major policies of government. For instance, even when some so-called democratic regimes imposed on their people and give no room for a dissenting voice on how society should be governed, the military government led by General Babangida gave Nigerians opportunity to air their views on several of his government policies. One of such was the national debate regarding the proposed loan from the international multilateral financial institutions, notably, the International Monetary Fund (IMF).

On the foreign policy corridor, no doubt, from 1985 – 1993 that he was in the mantle of leadership, the IBB foreign policy thrusts of the Concert of Medium Power (The Lagos Forum) and Economic Diplomacy vis-à-vis the introduction of dynamism into the country’s age long Afrocentricism shore up the image of Nigeria abroad. Aside these two mentioned initiatives, several other ambitious policies with clarity of purpose were introduced and pursued vigorously. Some of these policies are the Technical Aid Corp scheme (TACs), which allows young Nigerian professionals in such fields as medicine, engineering, education, law, agriculture, etc., to be sent to work in Africa, the Caribbean and Pacific (ACP) countries for two years to assist the host countries with their salaries and upkeep bills wholly on Nigerian government. Through this initiative, many recipient countries have witnessed turnaround in their various sectors of the economy. In addition, considering the urgent need to have a sub-regional framework in place to respond to peacekeeping and peace enforcement in the volatile sub-region, the IBB regime took a careful look at the existing bloc called ECOWAS and rejigged it to accommodate the task of keeping or enforcing peace where it was necessary within the West Africa. Even though it is an economic bloc, with his ingenuity, the Nigerian leadership squeezed water out of the stone by making ECOWAS Monitoring Group (ECOMOG), a regional Standby Force for peacekeeping/peace enforcement.

The performance of the ECOMOG in peacekeeping operations in countries like Liberia and Sierra Leone and its subsequent roles in promoting democracy and good governance through its protocols cannot be over-emphasized. President Ibrahim Badamasi Babangida’s flair for appointing distinguished Nigerians like Professor Bolaji Akinyemi, Major-General Ike Nwachukwu (rtd), Rilwan Lukman, and briefly, Mr. Mathew Mbu, were the Best Eleven any country could parade with pride on the corridor of diplomacy and international engagements in pursuit of national interests. In specific, Professor Bolaji Akinyemi and Ike Nwachukwu days as External Affair Ministers were like the days of Henry Kissinger and Colin Powell as Secretaries of State to America. With team of best hands and brains for the job of projecting Nigeria’s interests abroad, Nigeria that was in hysteria of isolation was once again relaunched into relevance and reckoning at sub-regional, regional and global stages. Nigeria’s anti- apartheid stance in Southern Africa and contributions towards decolonization process and movements across Africa received boost under President Ibrahim Badamasi Babangida. During his regime, Nigeria’s battered relations with Britain, severed diplomatic relations with Israel and closed border relations with immediate West African neighbours were restored. Indeed, President Ibrahim Badamasi Babangida’s foreign policy regime was a golden era in Nigeria’s foreign policy history.

Literally, AUGUST is the eighth month in Gregorian calendar. It simply means, “respected and impressive”. Is it a coincidence that President Ibrahim Badamasi Babangida is respected and has impressive character, was born on AUGUST 17, 1941, came to power on AUGUST 27, 1985, stepped out of power on AUGUST 26, 1993? All these could not have be mere coincidences. There are clear indications of a man penned down to have a date with respected and impressive destiny. Certainly, someday, history will celebrate President Ibrahim Badamasi Babangida. 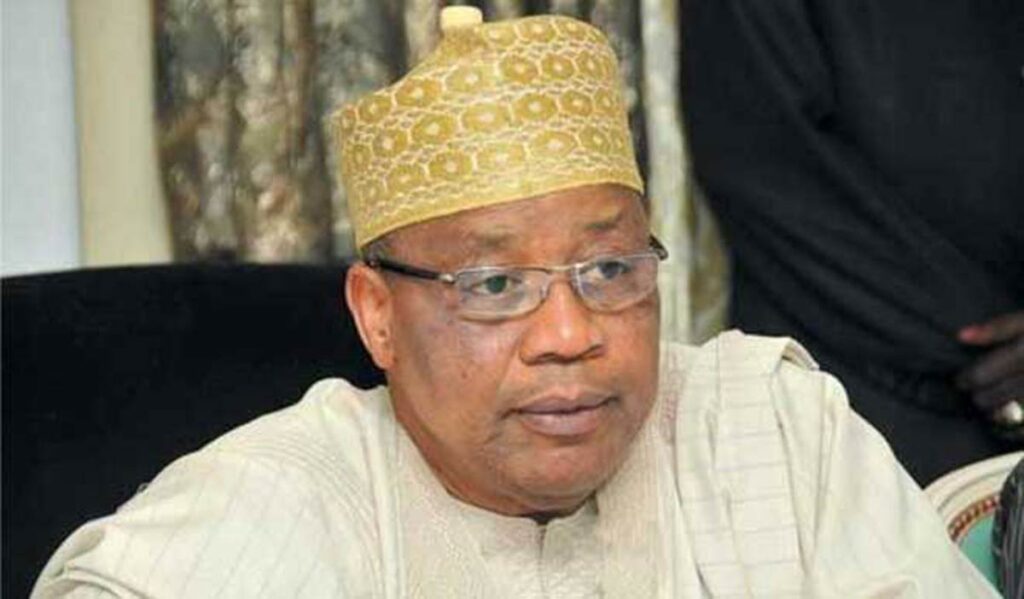 Give Us A Call

Fill the form to register for the  IBB Legacy Dialogue 2022